I have recently returned from a two week adventure in Italy on Melofonetica's 'Veneto Opera Summer School' and WOW! I simply cannot believe how fast those two weeks passed by… two weeks in which I can honestly say, I had the time of my life and made memories that I will cherish for a lifetime. I am now a member of the very special Melofonetica family.

I set myself the goal of expanding my solo singing experience and developing my sung Italian. So, after having seen the summer program advertised online almost a year ago, I hastily sent off my application, including a recording of an Italian aria. I was absolutely thrilled to receive the news that I had not only been accepted onto the course, but had also been offered the principal role of 'Pisandro' in Monteverdi's 'Il ritorno d'Ulisse in patria'.

In preparation for my trip to Italy, I researched the life and music of Claudio Monteverdi and set about learning my role. This was my first staged trouser role, so I was very excited! Alongside the Monteverdi, I prepared chorus roles for scenes from Puccini's 'La bohème', Mozart's 'Don Giovanni' and additional choruses 'Brindisi' and 'Va Pensiero' from Verdi's 'La Traviata' and 'Nabucco'. In addition to these roles, I prepared a solo aria of my choice; this was 'O Del Mio Amato Ben' by Stefano Donaudy.

Journey to Italy: Time in Venice

I had never actually been to Italy before, so I was unbelievably excited to be adventuring somewhere new - to the birthplace of opera! My flight to Venice Marco Polo was extremely early, meaning I had a few hours of free time before the Melofonetica transfer would collect me and take me to Bassano with the other course participants. During this time, I took the water bus into Venice and explored the city. The first stop on my list of attractions was 'Teatro La Fenice'. What a beauty it is! I was lucky to explore the theatre and view the Maria Callas exhibition. After squeezing in as much sightseeing as possible, I made my way back to the airport to meet the other participants of the 'Veneto Opera Summer School' before taking the coach to Bassano Del Grappa.

Accommodation and classes were based at the Instituto Scalabrini of Bassano Del Grappa. Upon arrival at the grand institute, participants were greeted by Matteo Dalle Fratte (Melofonetica Founder) and his team in an introductory session, including celebratory welcome drinks. We were all given welcome packs; including the weekly schedule and information about Bassano and the 'Arte Lirica Festival 2019'. We were then given a tour of the Scalabrini Institute - our new home for the following two weeks. This wonderful building is situated beside the glorious River Brenta - a very idyllic setting!

An introduction to the Melofonetica Method

The first day of the course consisted of a morning introduction to the Melofonetica method; including an insight into Matteo's extensive research and key facts regarding Italian pronunciation. I was able to observe masterclasses with fellow course participants before singing the Donaudy repertoire in my own masterclass. During the masterclass, we were able to use the same stand that Maria Callas had once used, which - alongside the beautiful setting and views from the windows - proved to be incredibly inspiring! The Melofonetica method was a new concept to me and I noticed a positive difference in my singing by the end of what was a very rewarding session. Matteo was extremely encouraging throughout the masterclass and was always open to questions regarding the Melofonetica method.

On the first night of the course, the group ventured to 'Poli Grappa Museum' for Grappa tasting and an insight into how the signature liquor is made. This was followed by a tour of beautiful Bassano Del Grappa by Matteo.

We were very fortunate to have been provided both breakfast and lunch at the Scalabrini Institute throughout the course. Once musical activities had finished for the day, we were free to venture into town (crossing the Ponte Vecchio) to have dinner - admittedly consuming far too much pizza and gelato!

On Thursdays and Saturdays, Bassano would come alive with it's busy market and I managed to also fit in visits to Bassano's treasures 'Libreria Palazzo Roberti' and 'Museo Civici di Bassano' - which had a Tito Gobbi exhibition!

Each morning, during the first week, 'Vocalising' sessions were scheduled with Matteo, in which he would also give advice on vocal health. Following the vocalising sessions, masterclasses with Matteo would run for most of the day and were open for everyone to spectate. Alongside the masterclasses, we were fortunate to have individual coaching sessions with Julie Aherne and Bernard Tan and chorus rehearsals with Peter Ford.

The first Melofonetica concert took place in Chiesa di San Vito. I adored this beautiful setting and the lovely, encouraging Italian audience. During this concert, chorus members took to the stage to perform their independent arias, whilst the entire ensemble performed the 'Va Pensiero' and 'Brindisi' choruses with the orchestra. I was very happy to perform in the trio; 'Soave sia il vento' from Mozart's 'Così fan tutti'. The concert was a great success!

The second concert took place in Crespano del Grappa, this time outdoors in Piazza San Marco and on the steps of the magnificent church. I performed my Donaudy aria, Mozart trio and Verdi choruses and loved every single second! The square had an incredible acoustic and was jam-packed with eager local listeners! For me, this concert was a highlight of the two week course. It can be easy as a singer to pick a performance apart for faults, yet I was completely calm and happy to be making music in such a beautiful setting with wonderful people and a supportive audience - I will be forever grateful to Melofonetica for allowing me this unforgettable opportunity.

Pop-up performances of 'Don Giovanni' and 'La bohéme' scenes in the beautiful medieval town of Asolo were a huge success. Seeing the surprised and amazed faces of the locals as we spontaneously erupted into song was priceless!

Having a principal role in the Monteverdi 'Il ritorno d'Ulisse in Patria' scene, I had the chance to perform my 'Pisandro' aria and 'Lieta Soave Gloria' trio in a lecture-recital at Municipio Di Asolo. Performing such repertoire in this historic building was an incredible experience!

After the lecture recital at Municipal Di Asolo, we were surprised with the news that we would be dining at Villa Lunardi that evening. This beautiful villa was the summer residence of tenor Giovanni Lunardi and now contains a museum dedicated to the singer. I was very impressed to see Lunardi's original costumes from Verdi operas and hand-written manuscripts by Pietro Mascagni! The museum was created thanks to Matteo's research. Matteo is also the author of Giovanni Lunardi's biography 'Giovanni Lunardi : un tenore drammatico fra Tamagno e Caruso'. 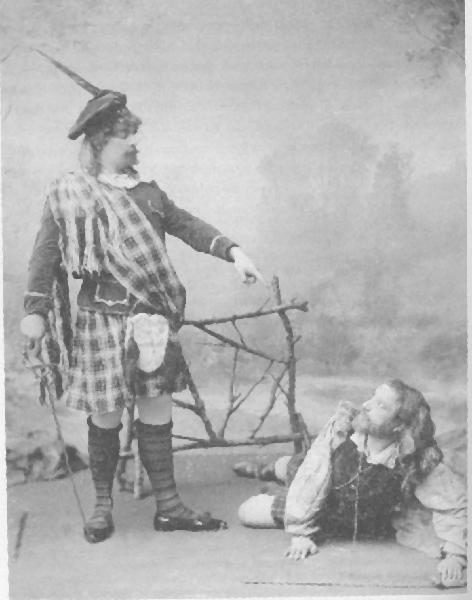 We are all incredibly lucky to have had the chance to perform our staged scenes 'Vendette e amori' in 'Teatro Eleonora Duse', Asolo. This inspiring theatre is based in Castello Caterina Cornaro which dates back to the 10th Century. It was astonishing to find that opera is in fact rarely performed in the theatre, which I think is a great shame!

Renowned bass Maurizio Muraro travelled to Asolo from London to be interviewed for the Arte Lirica Festival and to attend our staged scenes at Teatro Eleonora Duse. I am so grateful to have met such an inspiring singer and to have him support the festival! 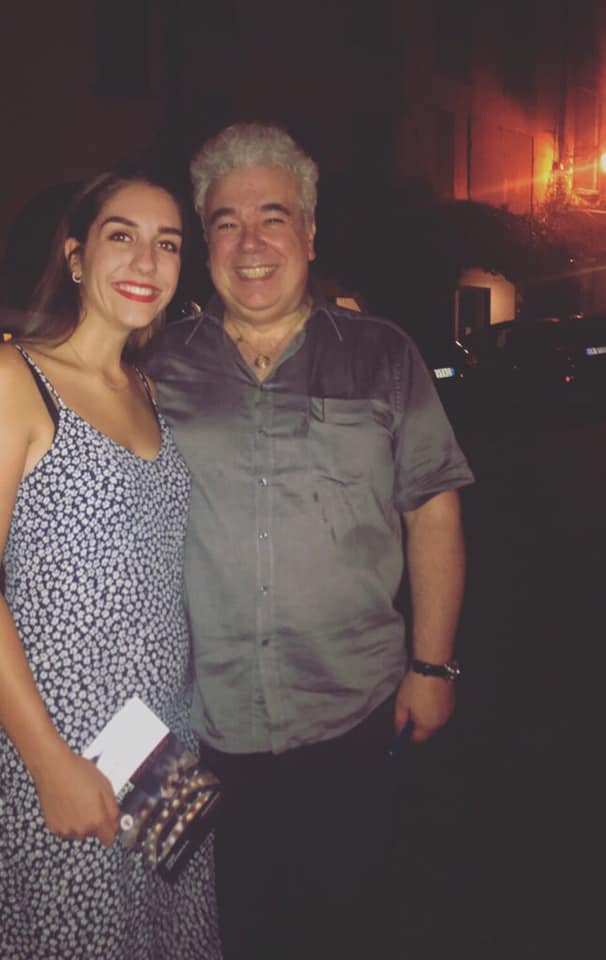 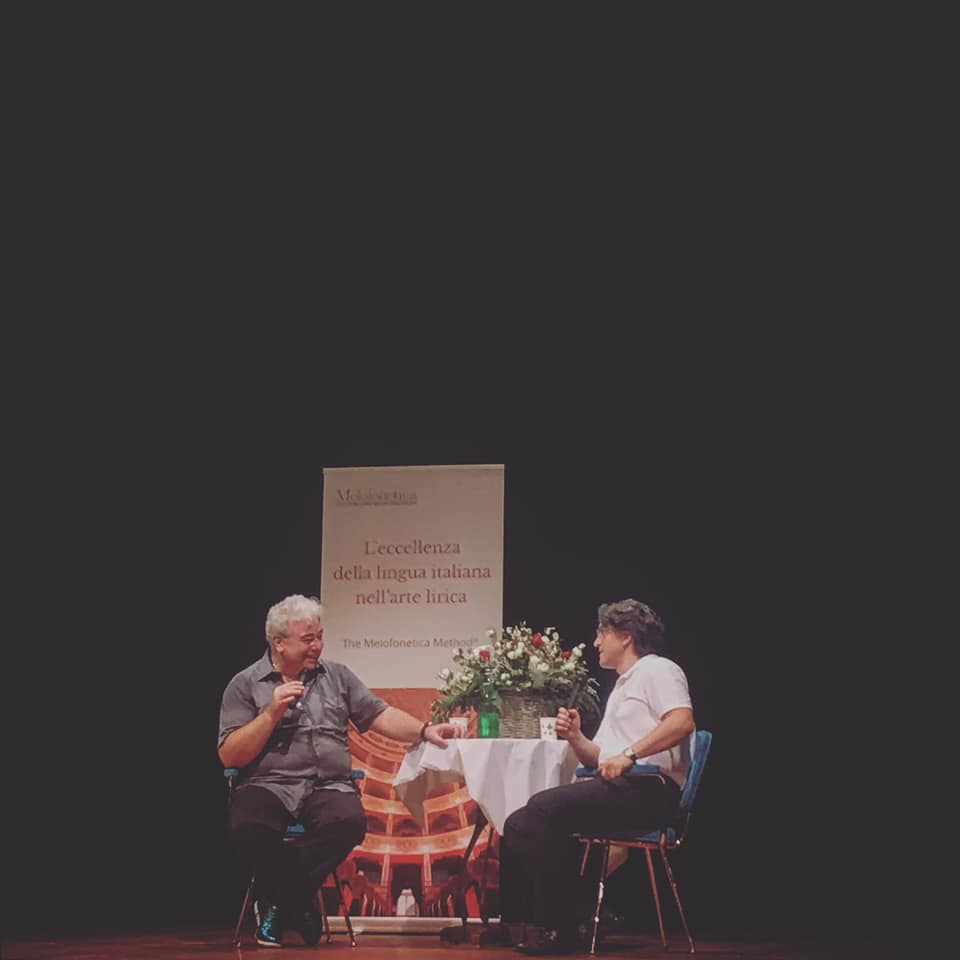 I am extremely grateful to have been awarded Melofonetica's 'Badoer Dalla Rizza' fund by the very generous Mr and Mrs B. McGuire, and very kind financial donations through GoFundMe. This support allowed me to participate in a life-changing course, that has filled me with knowledge and happiness and will hopefully be beneficial for my future career in the wonderful world of opera.

There are many people I would like to thank for making the 'Veneto Opera Summer School' and first ever 'Arte Lirica Festival' so special. Firstly, I would like to thank Matteo and his truly lovely wife, Jamila (Academy Manager), for all of their hard work to ensure that everything ran like clockwork and that each and every one of us was correctly cared for and looked after. They deserve all of their successes and I am certain that their work will only continue to grow and inspire others. A huge thank you also goes out to the fantastic coaches; Peter Ford (conductor), Julie Aherne (Pianist) and Bernard Tan (Pianist) for their support and dedication. It was an absolute joy to work with them and learn from them. I hope to perform with them again in the future.

Alas, I return to Manchester feeling enriched - albeit rather emotional - with not only a deeper knowledge and understanding of Italian opera through the Melofonetica method, but with connections to a marvellous group of people that I am proud to call my friends. I will no doubt stay in touch with everybody from the course and I hope to have the opportunity to participate in further Melofonetica courses.

For further information about Melofonetica, what they do and how you can participate in future courses, follow this link: https://www.melofonetica.com